Amazon has signed an exclusive rights deal with "SmartLess", a podcast hosted by Hollywood actors Jason Bateman, Will Arnett, and Sean Hayes. "SmartLess" will be released a week early and exclusively on Wondery and Amazon Music, the company announced. The episodes will also be available ad-free on Wondery+, the channel's subscription membership.

Listeners around the world have a new way to access NPR's content. NPR has partnered with Paris-based streamer Deezer in a deal that will allow its podcasts to be heard globally on the app. NPR podcasts now available to Deezer users internationally include “TED Radio Hour,” “Wait Wait... Don't Tell Me,” “Planet Money” and “Fresh Air.”

Triton Digital has been selected by Federated Media to power their podcast strategy and deliver their streaming audio content. Triton's streaming network will be used by Federated Media for the delivery of its radio stations online. In addition, Federated media will use Tritons enterprise podcast platform, Omny Studio, to support the creation, distribution, and promotion of its podcast content.

"NextUp" an initiative to mentor up and coming creators, has been launched by iHeartRadio. The NextUP Initiative program will mentor two people in each of iHeart's three major podcasting hubs: Los Angeles, New York, and Atlanta. The program will take place over five months and include a monthly stipend. Submissions for NextUP opens July 5 and run through July 9.

Castos Picks Up $756K In Funding

Casastos recently announced a $756K pre-seed fundraising round with Automattic, Joost de Valk, founder of Yoast SEO, and others. All the investors in this round contributed money via a SAFE note, which CEO Craig Hewitt said is a standard investment vehicle for companies at Castos' stage of growth.

Amazon Music announced its launch of podcasts in Australia, which will be available to all subscription tiers at no charge. Additionally, Alexa-enabled device customers will be able to ask the voice assistant to play podcasts direct from Amazon Music.

Podcast Hackers is the premier place to gather with other top podcasters, share ideas, get feedback, and overall create awesome podcasts.

The Podcaster Editors Club is a place for indie and professional podcast editors to share tips, ideas, solutions, and get help with editing podcasts for their clients.

This group is for Podpage members and friends to discuss podcast websites, Podpage features, marketing, and anything else to grow your podcast. 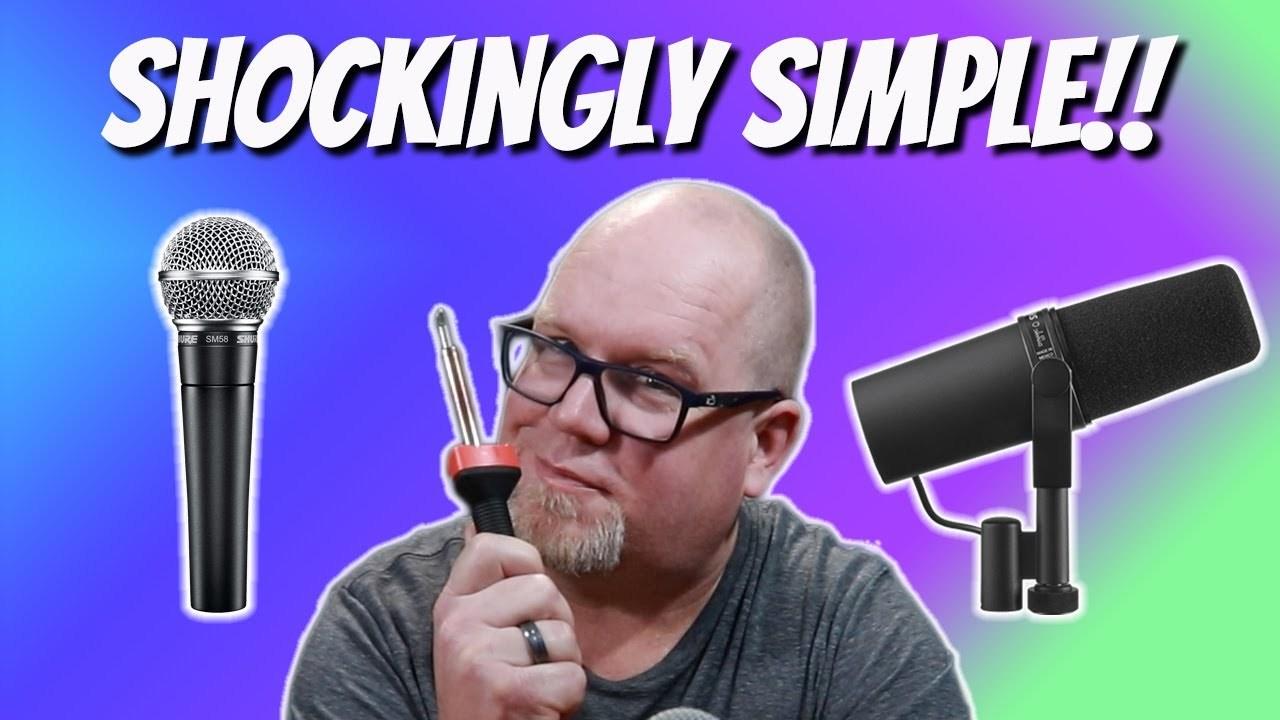 Turn Your SM58 Into An SM7B

The SM58 is known as the world’s most popular performance microphone. Check out this great hack by Dark Studio Corner Studios on how to turn the iconic SM58 into a SM7B microphone.

M-AUDIO AIR 192|4 USB Audio Interface can be the perfect choice for solo podcasters who want studio-quality recordings. Check out this review from Julian Krause

Podcasts And The Visual Arts: When Artists Get Talking

An increasing number of artists are following the example of Carrie Mae Weems and Laurie Anderson, and speaking out through podcasts. While the phenomenon is not new, the pandemic has helped foster the emergence of audio programs where artists speak freely about their work.

Song Exploder is a podcast where musicians take apart their songs, and piece by piece, tell the story of how they were made. Each episode features an artist discussing a song of theirs, breaking down the sounds and ideas that went into the writing and recording. Dive Deeper

🎧 Songs In the Key of Death

Songs in the Key of Death looks at the historic true crimes that inspired a selection of murder ballads, combining music, true crime, history, and edge-of-your-seat storytelling, along with new recordings from Sad13 and Bonnie "Prince" Billy. Dive Deeper

In this intensely divided moment, one of the few things everyone still seems to agree on is Dolly Parton—but why? That simple question leads to a deeply personal, historical, and musical rethinking of one of America’s great icons. Dive Deeper

Mike and Sarah are journalists obsessed with the past. Every week they reconsider a person or event that's been miscast in the public imagination. Dive Deeper

A collection of the greatest music stories never told. This season the poet and cultural critic Hanif Abdurraqib explores a single year: 1980 - the brilliant, awkward and sometimes heartbreaking opening to a monumental decade in popular music. Dive Deeper

The Edison Research Podcast Listener Study is a free‐to‐use template for podcast creators to craft their own audience survey. Edison Research created a survey template for you that combines the best practices and most common questions advertisers and producers have so you can get regular, consistent feedback from your audience.

PodInbox - The Audio Inbox for Podcasters

PodInbox is a fun way to engage your audience and delight fans. Don’t just speak into the void, have a conversation with your fans. Give your audience a place to ask questions and share their stories.

In 2021, starting a podcast is one of the best ways to meet other techies and build a brand. Seedscout is a way for people to get these benefits, without the work. Leave booking, editing, and producing to us, and you just focus on having great conversations.

Wondering how to run and promote your podcast on instagram? thepodcasthost.com go over whether you should be using it, what to post, and how to strategize and level up your Insta game.

What is the DMCA? A Full Guide To Music Copyright Laws For Podcasters

If you have a podcast, copyright laws and the DMCA are essential to understand. The DMCA (short for the Digital Millennium Copyright Act) affects all online content creators, from podcasters and influencers to photographers and musicians. Check out this informative guide from the Simplecast team.

On 7th July 2021 the First International Arabic Podcasting Conference will convene more than 40 experts from more than 25 countries that brings virtually together everyone involved in Podcasting. Centered around the theme "BuildingArabic Podscape" the conference will provide a global platform to Arabic podcasters.

Curated with ❤️ by Riva Puati

What do you think of this newsletter? Tell me here